Previous Next
Into the Cloud Forest 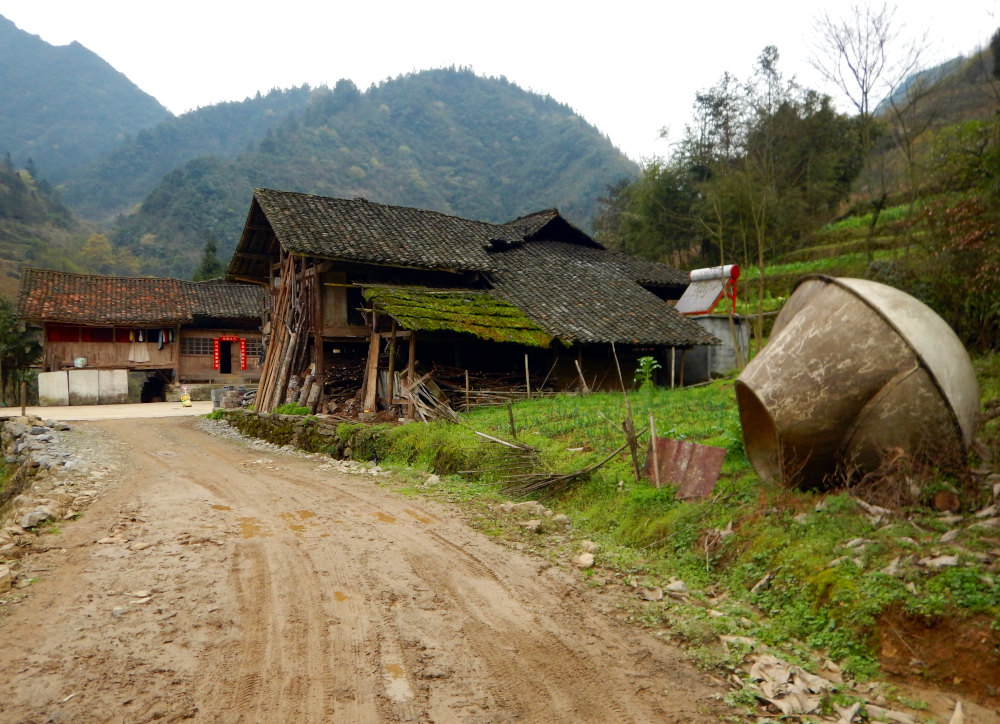 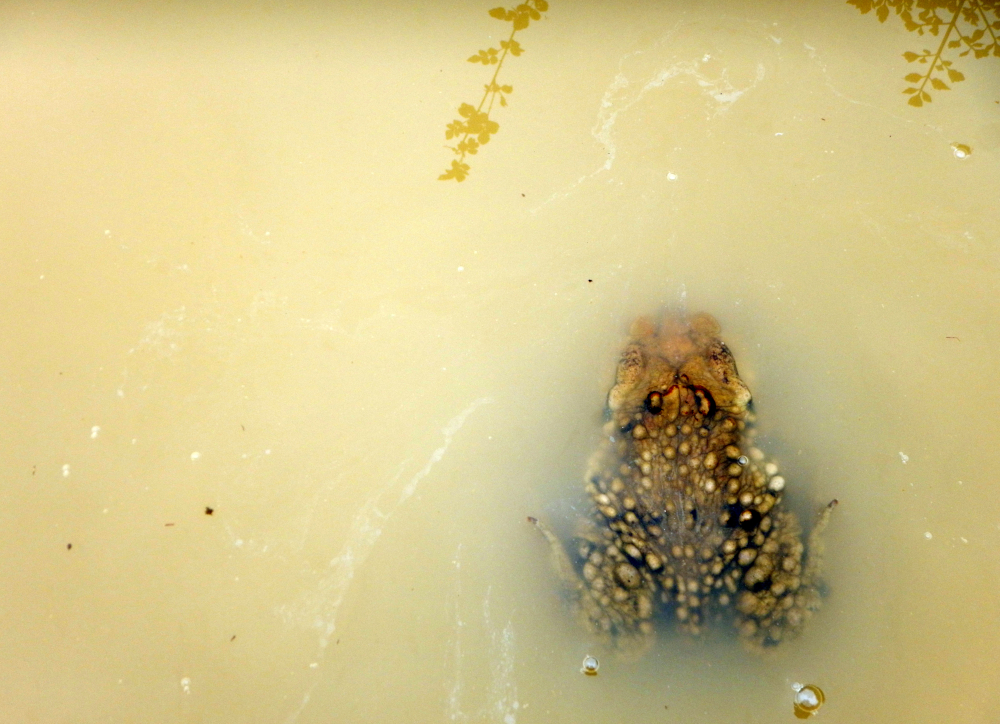 It was the last day of the expedition and we were walking up a valley near Jielong in search for caves for future expeditions to return to. We ran into a young couple who we began playing the game of charades with, pointing to our “cheat sheet” of mandarin phrases whenever possible. As soon as they understood we were looking for caves, they graciously dropped everything they were doing for the day and we began heading to the largest cave entrance they knew of.

We hopped in their vehicle and started heading up a mountain into the clouds at the top. The road was cut into the side of a cliff, 400m up and contouring the shale-rock layer. It had been drizzling all day, making the road incredibly muddy. A third of the way up the slippery slope, the car could no longer make forward progress, so the couple got out, shoved a pile of crumbly rocks under the tires, and we continued on foot, abandoning the car in the meantime. 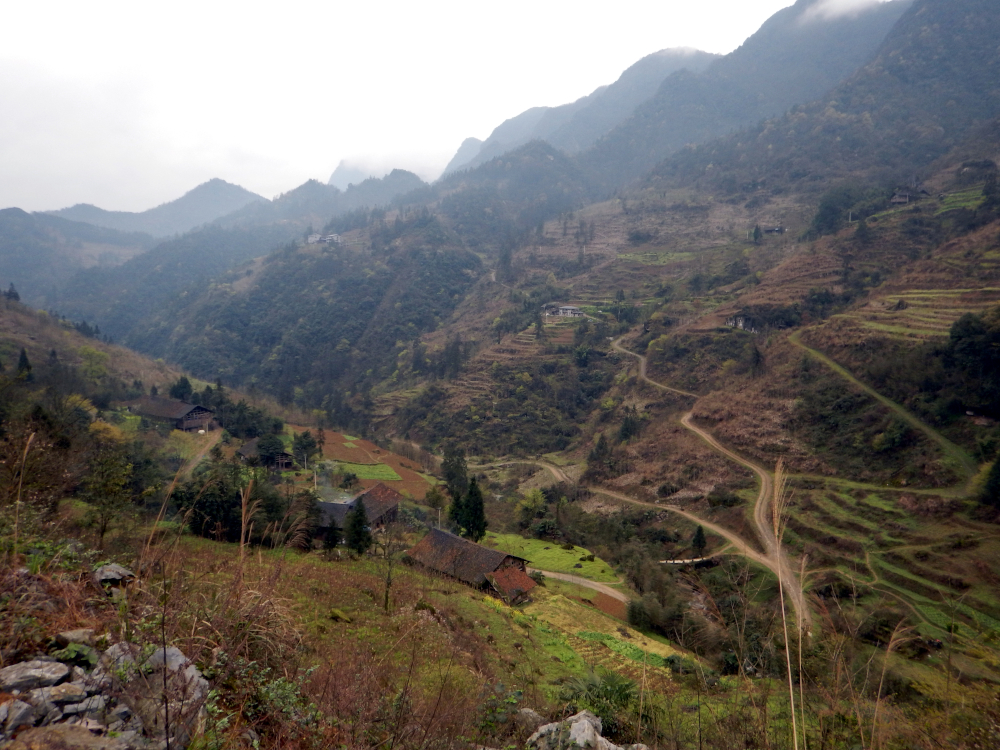 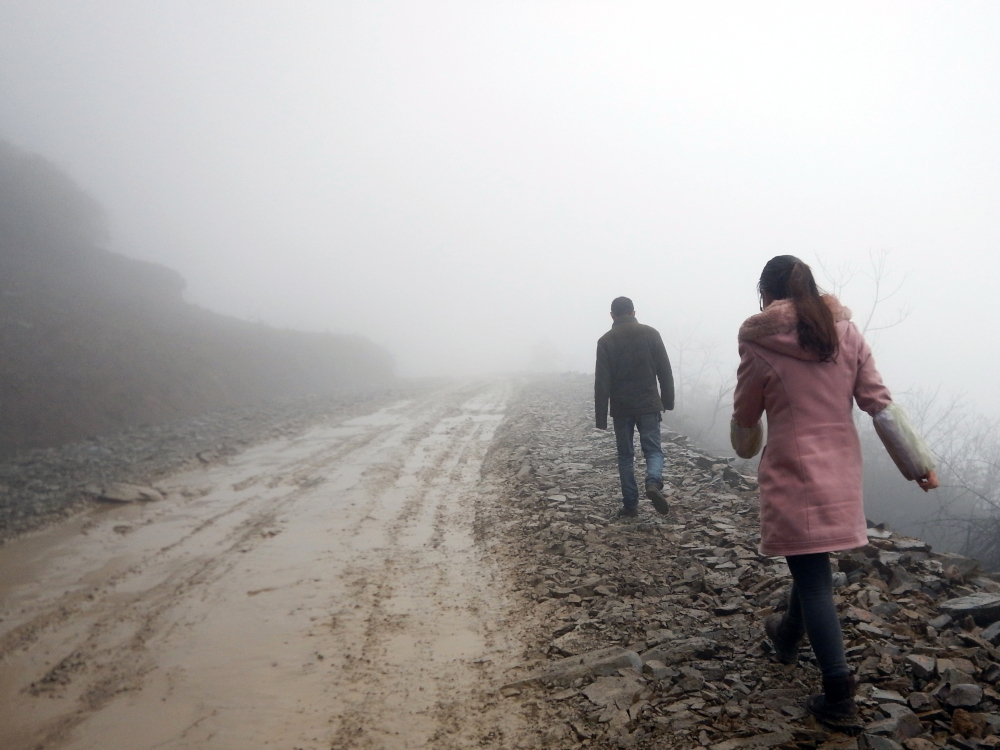 After half an hour, a government vehicle came driving up the road. The couple flagged it down and we all got in. Being a girl, I was given a seat in the truck with the young couple, while Joe and Philip were told to hop in the truck bed. From inside, it was quite warm, dry, and incredibly calming, peaceful music was playing on the radio. Looking back at the guys, it was a different story. They were being sloshed around as the truck struggled through the mud and getting damp from the drizzle which was getting more intense as we headed further into the thick of the clouds. I was having trouble containing the laughter every time I looked back, given the polarizing environments we were in. 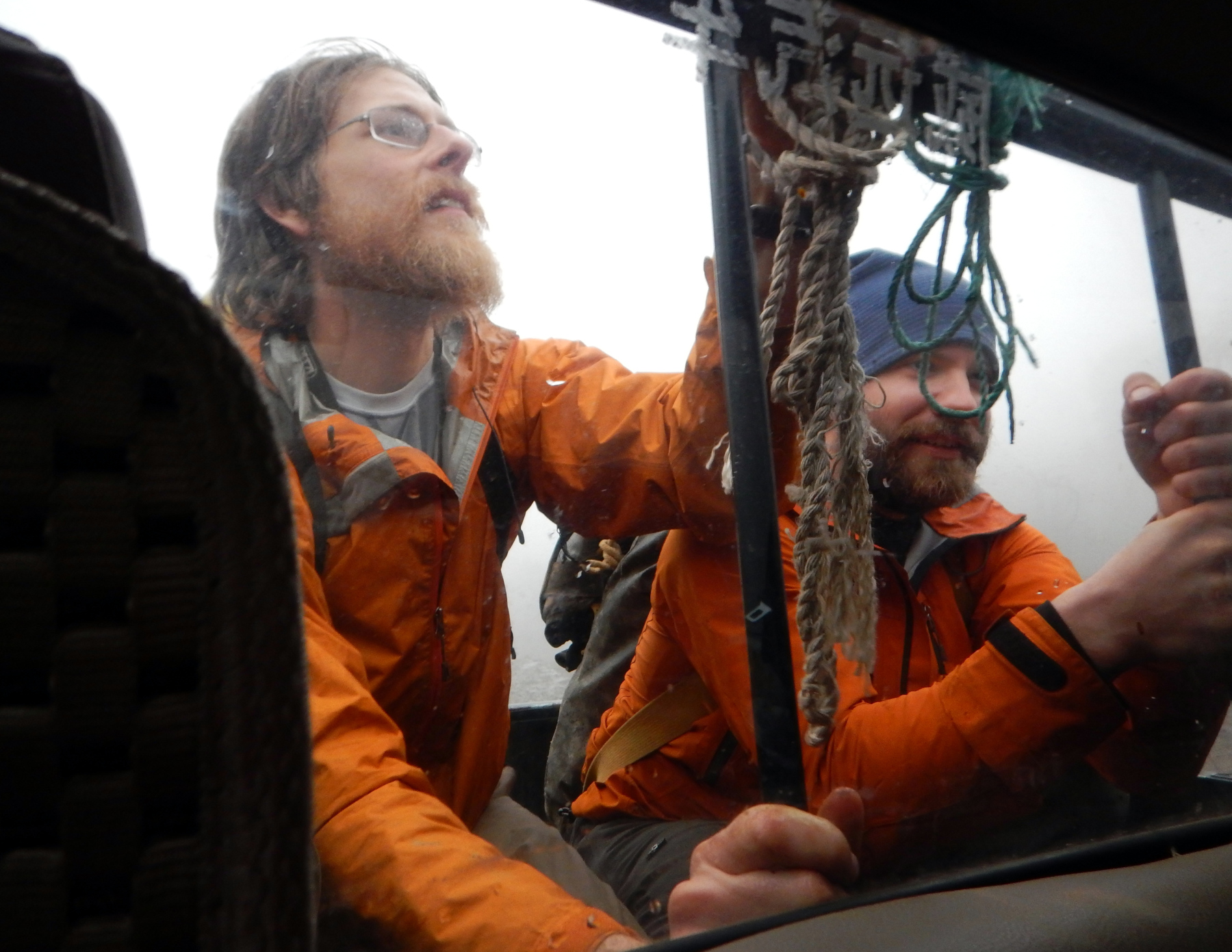 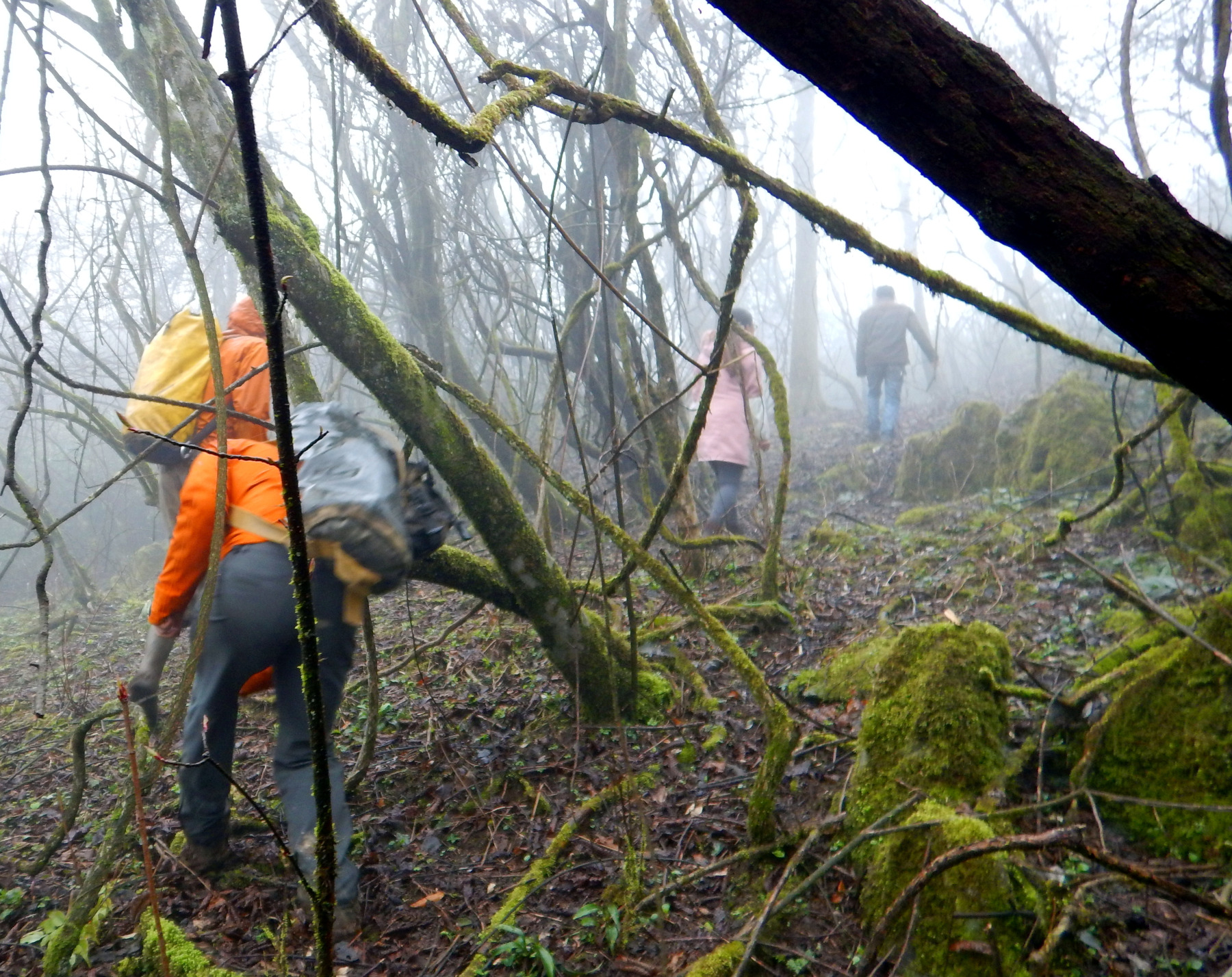 At the top of the mountain, we all got out and started wondering into the cloud forest, as the government vehicle drove off. After about an hour and a half of ducking under vines, and peering into sinkholes, it was evident that the couple did not know where the cave they were trying to show us was. Occasionally, they would point into the mist and say “dong”, meaning cave, but nothing resembling a hole in the earth was there. Eventually, one of them pulled out a cellphone and, to our best guess, began calling a relative for help in locating the cave. Surprisingly, they had cell reception up here. So, we continued meandering through the forest as they pointed at sinkholes and attempted describing to the relative where we were. All we could hear on the other side of the phone was laughter. Another hour, or so, past and they admitted defeat, so we all started walking back down the road to the car and then drove back down to the valley.

After returning back to where we first met, we all got out. The couple wanted a photo with us, perhaps to share the story with family and friends of the time they took some random foreigners to the top of a mountain and wandered around in the fog.

It’s hard to fathom why we love such adventures, especially when no caves are found in the process. Perhaps it’s the spontaneity of it all and creating new memories with locals that you hadn’t known before that day, and may never see again. Experiences like these don’t happen without the calculated risk of mutual trust in one another and going with the flow. When they do occur, they make you realize that most people in the world are good or else society wouldn’t function. And, that trusting in each other can lead to richer experiences in life. 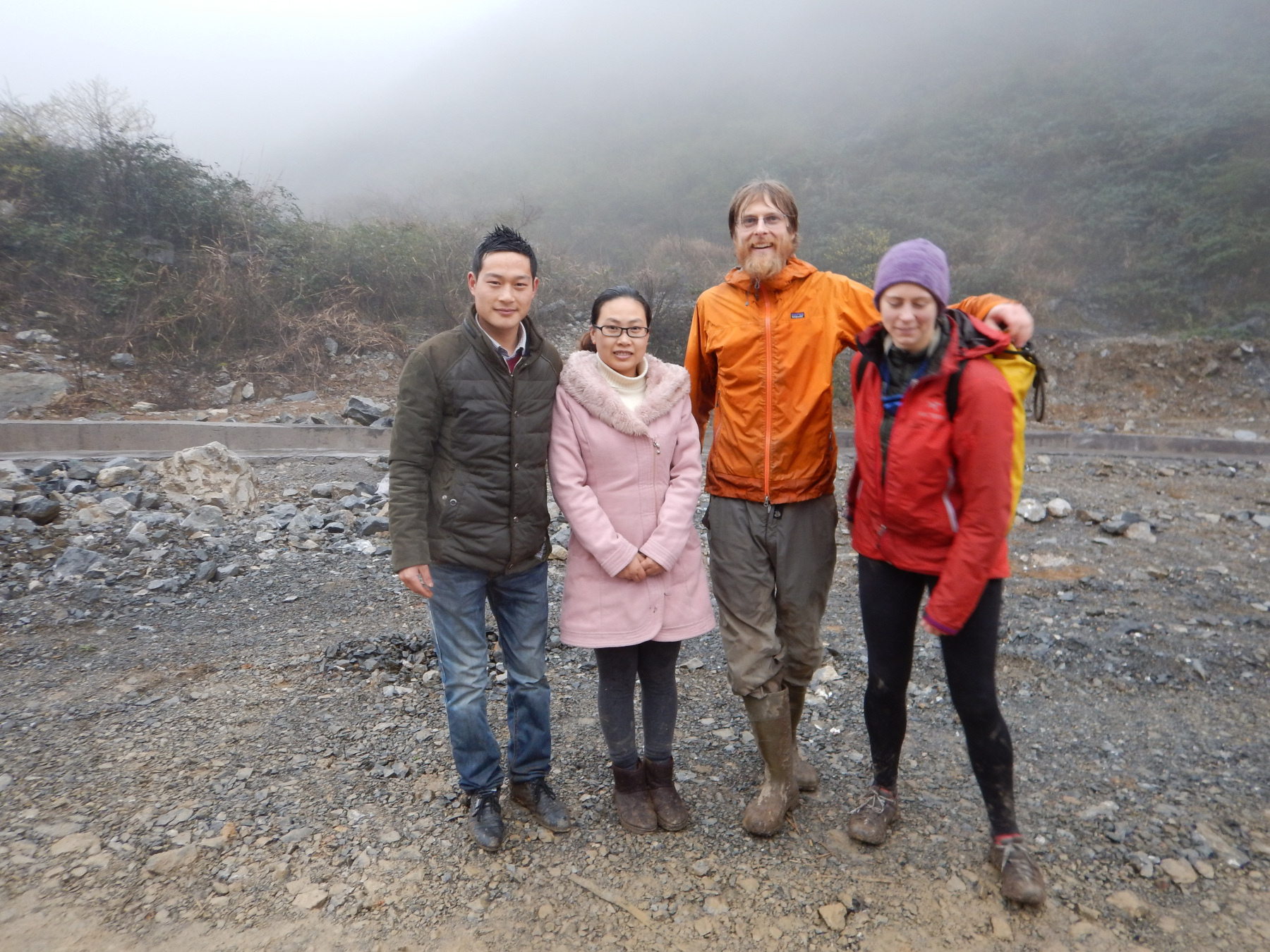